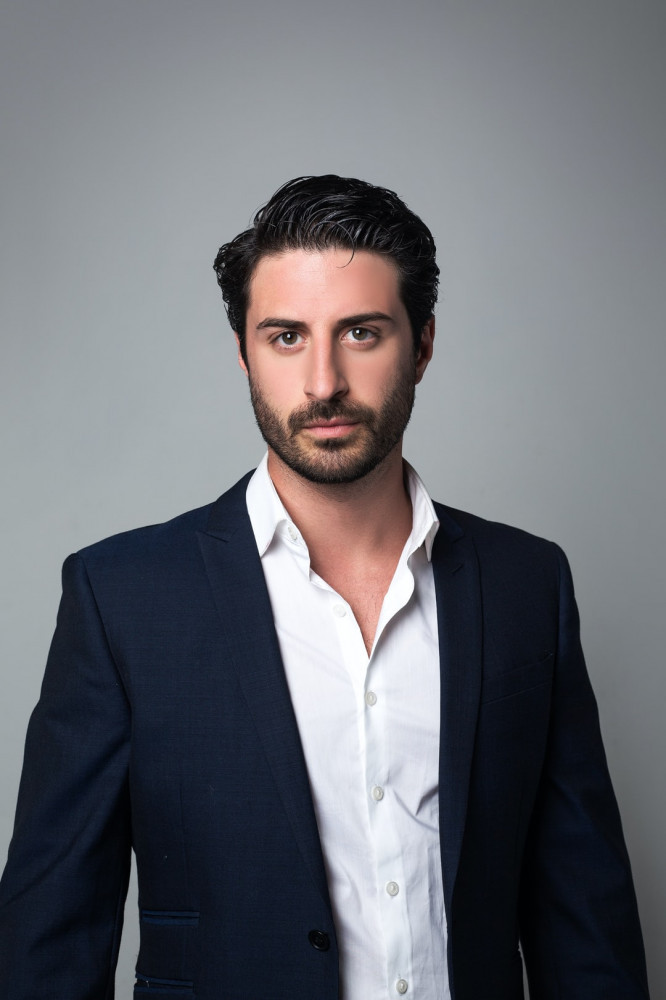 In this article, we will be going over the top 10 characteristics of a good man. Many men in today’s society can be very selfish and come off as unintelligent.

The truth is everybody is intelligent and bright. We choose not to express that due to our conditioning. I will help you to recognize the characteristics of good men and how to spot them easily.

As you read the article, go ahead and relate some experiences you have had in the past and think about what you could’ve done differently. Let’s get started.

Top 10 Characteristics Of A Good Man!

What I mean by this is that they come off as intelligent. You will find a dumb guy any day of the week. But the ones that are on their game are sharp as a tack, enthusiastic as hell, and a force to be reckoned with. I like to call them Ballers because they get shit done, and they don’t mess around.

Now that doesn’t mean that they’re serious all the time, but they know when they need to be intelligent and when not to be. You will know whether a man is sharp and wise within the first four seconds that you meet him. Please pay attention to how he makes you feel the moment you see him. If it’s a quick instinctive “oh, this guy is sharp,” then you’re on the right track.

I had a boss once that could make the whole room laugh without really even trying. He came off very witty, intelligent, and just a bright individual. But he always knew when to be serious but at the same time how to make that seriousness humorous at the right time.

Being able to make people laugh is an excellent trait to have. And if a guy can make you laugh, then imagine what it will be like being with him all your life. Being able to laugh keeps you healthy, young, and makes you feel good. 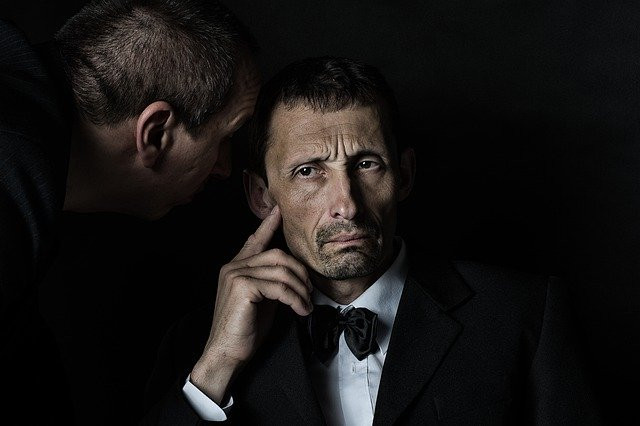 I think a significant thing that really should stand out to women is that the man listens well. Women want to be heard, paid attention to. And if a guy is self-centered and he doesn’t listen to her, what an ass.

The guy will take the time to listen to you and sympathize with you. I have met some remarkable man/salesman that are very good at this. I think it’s an essential trait because everybody wants to be listened to and paid attention to.

4). Very Confident And Sure Of Themselves:

You will know whether a man is confident and sure of himself just by your first interaction with him. Like I mentioned earlier, it’s the whole coming off as sharp as a tack idea.

Men who don’t have confidence naturally struggle in life. I should say that to everybody. But when a man is sure of himself but not to the point of arrogance, that makes a big difference for women.

A right way that you can find out if a man is confident is to ask him questions about goals and achievements and see how he responds. If it’s a mediocre response, he looks down; then, he’s not confident. 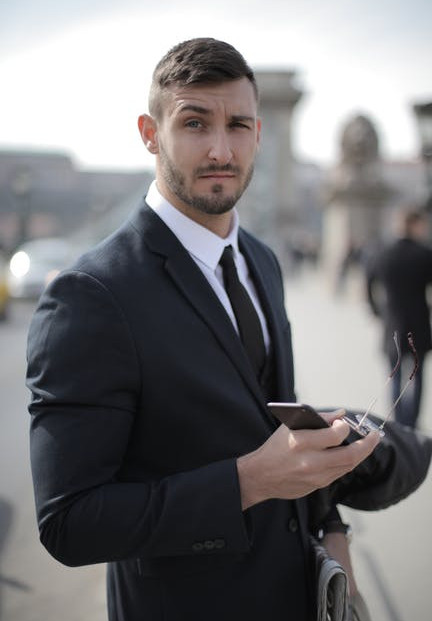 5). Looks Right With His Styling:

You can also tell a man’s self-image by how he dresses and how he grooms himself. A man who takes care of himself and dresses nicely has a healthy self-image.

People who dress like slugs, holes in their shirts don’t care about how they look, have self-confidence issues, and don’t maintain a healthy self-image.

When you spot a man that looks nice, excellent, sharp in clothing, he’s got a good self-image. I use to dress like a slug before I learned to change my self-image.

But now, because I view myself differently instead of the past limitations that people programmed me with, I naturally dress nicer and keep myself groomed appropriately.

One of the most significant traits that entrepreneurs have is they work out. But that also applies to people who care about their bodies.

Very successful people work out every day, sometimes twice a day. You should ask him, do you work out regularly? What’s your routine?

If he’s not working out, in my opinion, that could be a red flag because people who are successful and goal-oriented do you work out consistently. I have yet to meet one highly successful individual, especially a man who does not work out. 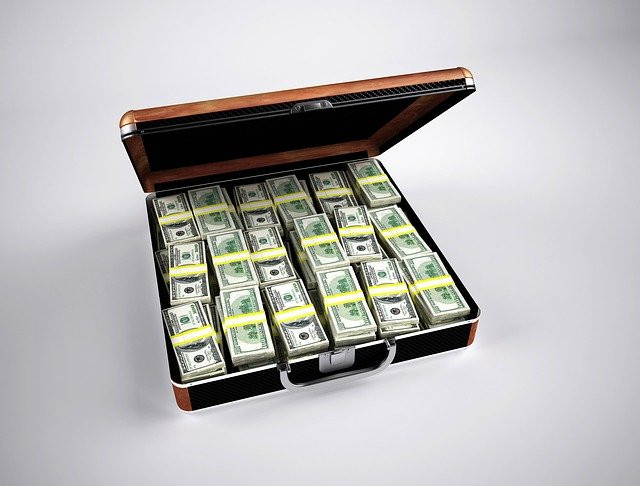 Another excellent characteristic of a man is how much money do they make. Now I’m not saying that this defines a person, but it will tell you a lot about their self-image and how they view themselves in the world.

A man who makes over six figures or more naturally has confidence in himself and is goal-oriented. Most people do not make six figures a year because their self-image is skewed and screwed up.

Now, if he’s currently not making that kind of money, that’s OK as long as he is working towards doing that and more significant goals, that’s all that matters.

If he doesn’t have an aim in life to make decent money, no offense, but he’s probably a loser. I know that it might be hard to accept, but taking care of a woman and making only a little bit of money is bullshit, and it’s not OK. A woman should be able to live the way she wants to live, and you will need money in order to do that. 50k a year is not enough, especially if you want to raise kids!

Now I know that this might seem wrong. But compassionate men are very good with women. The reason that compassion is a good characteristic is that they’re able to sympathize with anybody.

That means that they are human lol, but they also give a damn about people, and they’re not self-centered. I’ve met a few people in my life who had no compassion, and it was all about them, and they were just plain assholes.

They thought the world revolved around them and that they were better than everybody. The truth is they are highly insecure, and when compassion is not being shown, it’s because they have a terrible self-image and are self-sabotaging themselves consistently in life.

An excellent way for you to find out if a man is compassionate is to pay attention to how he talks to you and how he makes you feel. Bring up a problem in the past that you’ve had and see how he responds to that. 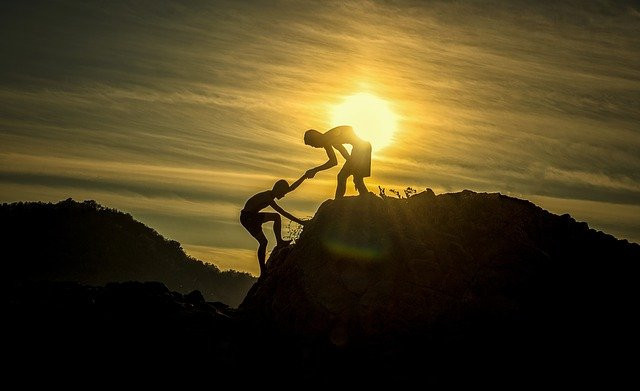 A distinctive characteristic of a man is that they encourage you to dream big and go for your dreams and goals. They don’t belittle you, but they make you feel more inspired to achieve your wants in life.

That is a true man that gives a damn about other people. I’ve had quite a few mentors in my life, and every single one of them has always encouraged me to think more significant to be more service-oriented and kind.

Showing kindness and encouraging others is not a weakness but a massive, massive strength. It’s a very likable trait because it’s an attractive personality trait. And people love to be around people who have a pleasing personality because they make you feel welcome.

One of the most incredible things that you can spot in a man is that he speaks effectively. He doesn’t drop the F-bomb every other sentence. He knows when to swear and when to put it in contacts professionally. I have met so many people who just cut up a storm for no apparent reason. Men who do this come off as not smart and stupid. If the only word you can say is the F word every other sentence, you need to expand your vocabulary and do a little more education in your life.

By applying the above ten tips, you’ll be able to spot men that are effective in life. The people that are successful in life have a different Aurora about them.

You feel it when you’re around them; it’s this incredible feeling that you want to be like them because they just exuberant greatness. Believe it or not, many men are good, and a lot of men are stupid.

But they choose to be stupid. The world is an internal game; it’s not an outside game. The men you spot in your life that are successful and compassionate have got their shit together.

Pay attention to them, and you’ll never regret it.  I have met plenty of women who continue to attract men into their life that they don’t like. This is due to not knowing what to look for in a man and subconscious programming.

Make sure to be very careful when looking for specific characteristics. The biggest thing I can tell you is to pay attention to how you feel within the first four seconds of you meeting him. It’s very important.